I have been on a bit of a sabbatical for the past few months. Those of you who know me know that I changed jobs around the new year, requiring me to relocate from Chicago to Los Angeles. Three months in temporary housing, and a complex bit of unpacking later, and I finally have a studio again. I had the welcomed luxury of spending a few hours in it working on a new song today. For some reason temporary housing seemed much challenging this time than previous times. Having little access to doing musical things was just one symptom of the situation... but really, I just think I'm getting a bit too old for all of the hassle.

So, like I said... i'm joyfully back at it. I have a new Les Paul (...got bored in temp housing... there was a sale... lol), and a new tiny little Roland Jupiter 08, for 80's style analog synth-fun. I also reconfigured the newest version of my studio a bit differently, and am liking it so far. 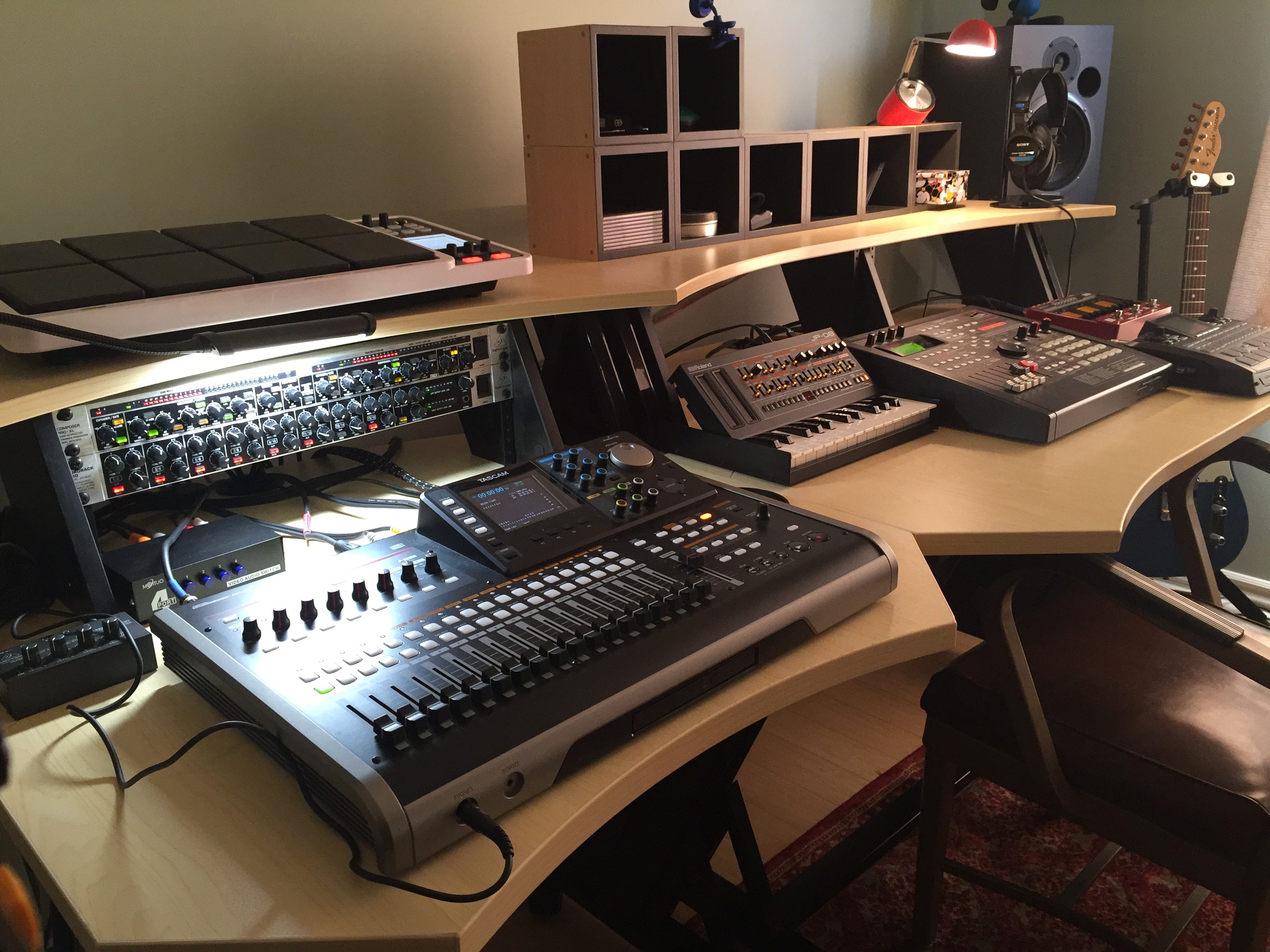